Justin Timberlake Has A Crush On Mila Kunis 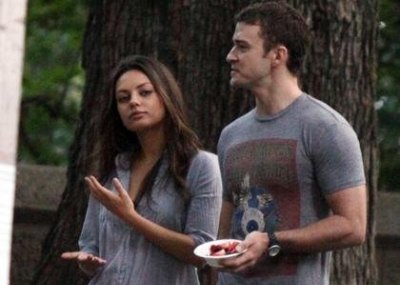 Justin Timberlake has been a busy little bee, filming his new movie, Friends With Benefits with co-star Mila Kunis. The twosome have gotten so close on set that he’s developed a bit of a crush on her.

Well, maybe crush isn’t the exact word…How about obsessed and smitten? At least that’s what we’re hearing from the set of the movie. According to an onset snitch, he has fallen in love with her.

But does Justin want to do the right thing and break things off with girlfriend Jessica Biel? Of course not! He wants to date both of them at the same time.

Call it a hunch, but I don’t think either of them are going to go for it. Jessica and Mila seem smarter than that!