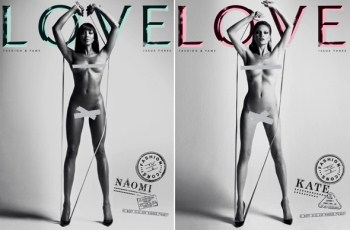 So you want your magazine to sell – what do you do?  Put a couple of supermodels naked on the cover that should do it.  Eight supermodels, including Naomi Campbell & Kate Moss, appear naked in identical poses for the latest issue of LOVE. The other models that appear are Natalia Vodianova, Amber Valletta, Jeneil Williams, Kristen McMenamy and Daria Werbowy.

LOVE’s editor Katie Brand said about the cover: "For this issue of LOVE, we took eight women who are generally acknowledged as the most beautiful in the world, got them to show off their bodies – widely regarded as the most perfect in the world – and photographed them all in exactly the same position for the cover.  "We did this to show how much they differed physically from one another, which is why we also printed their measurements."  "The point is that ‘perfection’ is not fixed, timeless or transcendent. It varies, as the measurements of our cover girls show." 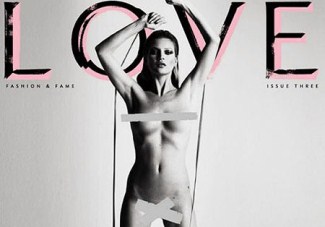 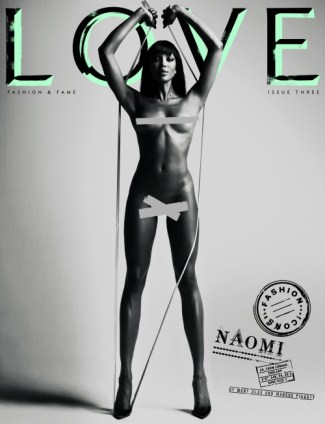