Katie Price Wants To Strip Nude For Playboy At 50 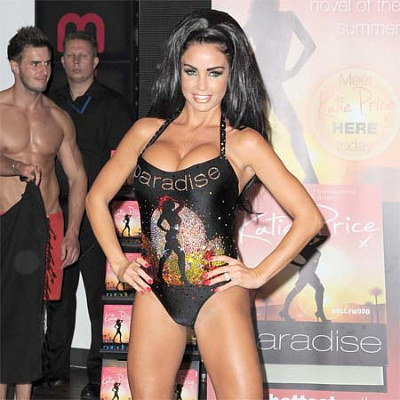 Gross, gross and even more gross! Katie “Jordan” Price says that she’s got a plan in the works for her golden years! She plans on getting naked for Playboy! Let’s all say it together: Ewwwwww!

She has already taken off her clothes for the men’s magazine when she was 24-years-old. Now she says that she wants to do it again at 40 or 50. Sounds like a wrinkle-fest to me!

She said, “I might do Playboy as a 40 or 50 year old.” What she didn’t mention is that whoever’s in charge of Playboy at that time might just scoff at the idea of her wrinkled self getting naked. They’d probably even be scared of the idea. Like a bomb threat or something…only I don’t think anyone is going to throw themselves on top of that grenade.

What do you think? Should she do it? Or should she wait and see what her face and body looks like after the real “her” starts settling in again?