Lady Gaga Believes She Is A Reincarnated Spirit WTF? 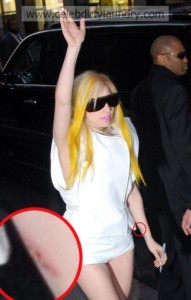 Lady Gaga believes she is the reincarnated spirit of her dead aunt.    Gaga – who has been meeting recently with spiritual guides – thinks her creativity comes from her late aunt Joanne, who transferred her spirit into her mother Cynthia’s womb.

She explained  “My father’s sister Joanne died when she was 19 and he was 16. And when my mother was engaged to marry my father, they were staying in his house, where he grew up, and a light came into the room and touched her stomach and went away.”   She believes that Joanne came into the room and sort of OK’d her for my dad and that Joanne transferred her spirit into my mom.

“So, when I was born, it’s almost as if I was her unfinished business. She was a poet and a real renaissance woman, pure of heart – just a beautiful person. She died a virgin. And one of my guides told me he can feel I have two hearts in my chest, and I believe that about myself.”    The eccentric star also revealed she used to want to follow the path of her aunt and die at a young age.  She added to Vanity Fair magazine:  “It’s a bit of a sick thing when a 17 year old says in her nightly prayers that I would rather die young and be a legend than be married with children and die an old lady in my bed.”