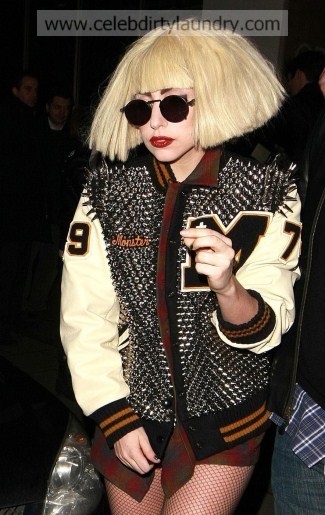 Lady Gaga ‘Paparazzi’ singer insisted on extreme secrecy when she checked into Liverpool’s Hope Street Hotel – where she stayed while performing at the English city’s Liverpool Echo Arena earlier this week – and even hired decoy transport to ensure no one saw her.

A source said: “Lady Gaga loves drama, instead of hiring bedrooms at one of the city’s five star hotels she decided to hire suites at three of Liverpool’s most expensive.   “She demanded to be driven through the secret back entrance of her hotel away from snooping eyes.   “Later she sent a fleet of silver Mercedes to the hotel entrance and to a nearby restaurant as a decoy to fool fans and paparazzi.  “Meanwhile, she stayed holed up in her suite enjoying tea and toast.”

A hotel source added to the Daily Star newspaper: “Lady Gaga didn’t want to be seen by anyone as she was having an identity crisis. She said she wasn’t looking or feeling like Gaga.”  As well as her own luxury suite, the eccentric singer also booked rooms at the city’s Malmaison and Radisson hotels, ensuring all of her staff got to spend the night in luxury surroundings.

The source added: “She told staff, ‘Only the best will do.’ She booked the largest suites in the city.  “One of her flashy suites included a four-poster king-size bed with views of the River Mersey, a huge wooden bath in the living room, a 42in plasma TV and a double walk-in monsoon shower.”   Photo: Fame Pictures