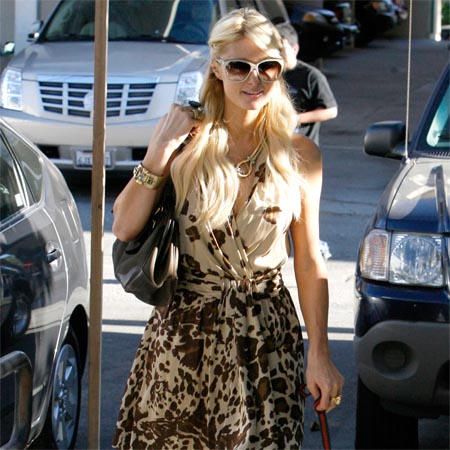 Paris Hilton’s quick release from jail has been defended by officials.   Paris – who was arrested in Las Vegas last month alongside boyfriend Cy Waits for cocaine possession – was allowed to leave the Clark County Detention Center after just three hours, which is roughly half the average time it takes to process those faced with the same charge.  Celebrity Justice strikes again!

However, officials at the correctional facility have defended the decision to speed up the process for the socialite, arguing her presence would have caused too much chaos among the inmates.   Jim Dixon, Las Vegas Metropolitan Police Deputy Chief, said:

“Yeah, she was treated differently so I don’t have a disruption of my process here at the county jail. When you bring in somebody like that, everybody comes over and tries to look at them. I’d have officers attempting to keep inmates away from her. I’d have disruptions.”

Despite her seemingly special treatment, the officer insisted Paris was still subject to all regular booking procedures.   She is set to appear before Las Vegas Justice of the Peace Joe Bonaventure on October 27.   It is thought the hotel heiress could face up to four years in prison after 0.8 grams of the illegal drug was found in her handbag when she and Cy were stopped and searched by police on August 27.   Paris has denied the charges, insisting the cocaine did not belong to her as she had borrowed the bag from a friend.