Lindsay Lohan in Top Secret Talks to Appear on DWTS!

BY Dr. Jody Overland on December 8, 2010 | Comments: one comment
Related : Dancing With the stars, Lindsay Lohan 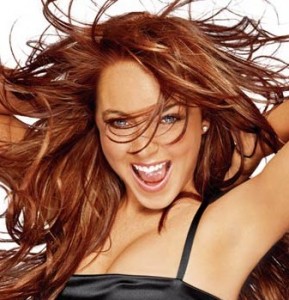 Hold onto your hats folks – in case you thought Dancing With The Stars was controversial this year well guess what – Lindsay Lohan is planning her come back and is talking with ABC about appearing on Dancing With The Stars.   This would be an amazing break for both the show and Lindsay since her career is at a low point with all of the arrests and failed rehabs and yest she is probably the most talked about celeb today!   Thus Lindsay’s appearance on DWTS would undoubtedly lead to amazing ratings.

The Betty Ford center where Lindsay is currently in residence is totally behind this choice which makes it very possible.

Lindsay’s progress in rehab has been going very well.  “Lindsay is working on a lot of projects; she’s got a lot of positive things going on right now,” the source said.  As for her dancing skills, the source told RadarOnline.com that Lindsay would be a tough contender for the show.  “She would be great on the show; she could maybe even win because she is a great dancer!”

Lindsay needs something wholesome and popular and DWTS needs to shake the taint acquired by their ridiculous last season in which untalented bad dancer Bristol Palin made her way into the final episode.  Lindsay Lohan on the show would make people forget about the Bristol scandal and do wonders for Lohan’s career making her participation a big win for both parties.