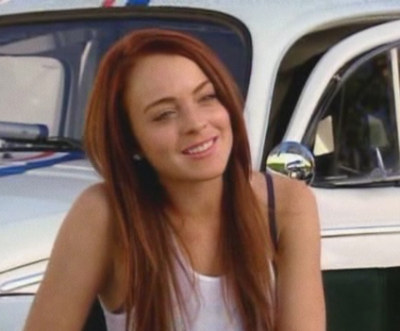 Since Lindsay Lohan did so well with her skit at last night’s Video Music Awards, it’s only fitting that she’s being considered for a hosting gig for Saturday Night Live. Seriously, I was wondering why they had Chelsea Handler host at all. She was boring, instead of funny and it made me stop watching the show completely.

Now, we’re hearing rumors that Lindsay is getting her own hosting gig, for SNL. Nice. This is overdue, I think. Now that we all know that Lindsay definitely has a sense of humor about herself, she could probably rock SNL. What do you think?

Lohan is in conversations to host “SNL” on Dec. 4, according to a source familiar with the deal.

The NBC late-nighter would give Lohan 90 minutes to prove to those who may still care about her career that she is employable after a string of run-ins with the law and rehab stints.

That would be interesting, only if they make it funny, though. Lindsay can really redeem herself and turn around all of the negative press, if she’s smart. I don’t think that includes doing that movie based on Linda Lovelace’s life story, though.

But we shall see. Would you like to see Lindsay host SNL?