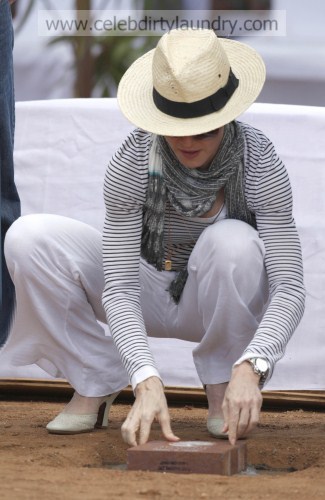 Madonna – who has two adopted children, Mercy, five, and four-year-old David, from the African country – says it has been her life-long dream to help young women so has created the Raising Malawi Academy for Girls school, which will hopefully be opened next year.

The inscription on the brick encourages Malawian girls to "dare to dream" and the $15 million facility will eventually assist 500 orphaned children.  Madonna – who was accompanied on the trip by Mercy and David and her two other children, Lourdes, 13, and nine-year-old Rocco – also launched a telecommunications and fundraising initiative which aims to provide education to the world’s children by offering secondary school scholarships and giving schools in developing countries access to the internet. 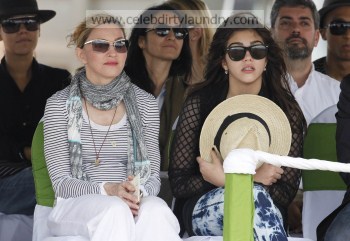 She said: "Kids will be able to connect with kids from the other parts of the world. This will promote peace throughout the world."   Telecommunications firm Ericsson will donate computers to various schools in 11 African countries through the United Nations Millennium Village initiative, where model villages are created to show how quality of life can be improved through community-led development.

Madonna – who also funds six Malawian orphanages – arrived in Malawi earlier this week and said she feels a "close connection" to the country’s orphans.  In a blog about laying the first bricks for the educational institute, Madonna – whose mother died when she was just five – wrote:

"On my first visit to Malawi, I was devastated to meet child after child who had been orphaned by AIDS. Having lost my mother at such a young age, I felt a close connection to these children. Their stories had touched my own.   "So it is with tremendous joy that I return to Malawi to lay the first brick in the Raising Malawi Academy for Girls. By educating girls we will rebuild this community and raise this nation.   "It is with hope for a bright future that I am here. Tomorrow the brick I will lay is not just the bedrock to a school – it is the foundation for our shared future." 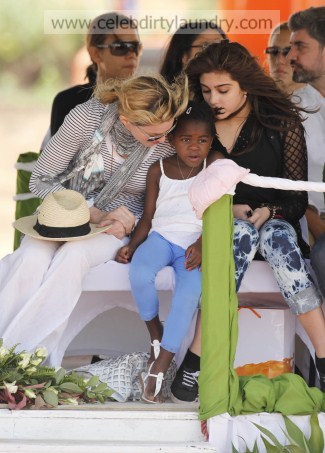 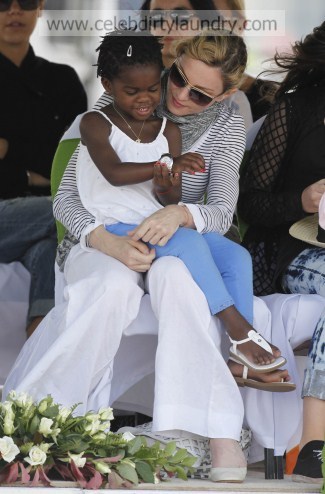