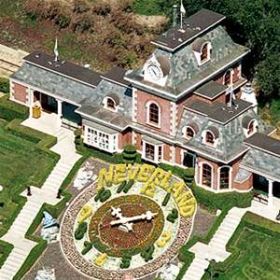 The late Michael Jackson – who died of acute Propofol intoxication in June 2009 – hadn’t lived at the address since he was cleared of child molestation charges in 2005, and handed over the estate to Colony Capital LLC, a private equity firm, amid financial worries in 2008. But now, state assembly member Mike Davis has revealed he proposes to apply to the California State Senate for backing to turn the disused site into a Michael Jackson-style Graceland.

Owned partly by the Jackson estate, Neverland currently lies dormant, a far cry from its heyday when the singer wrote many of his greatest hits at the site – complete with zoo and Ferris wheel – and entertained hundreds of children with parties.  However, Mr. Davis suggested as California’s budget deficit currently stands at $19 billion, it would be difficult for the State Parks Department to purchase the property alone, and therefore proposes a public-private partnership to put the plan into action.

Meanwhile, several members of the Official Michael Jackson Fans of Southern California Group have offered to clean the pop legend’s vandalised Great Masoleum at Forest Lawn Memorial Park in Glendale, California – the singer’s final resting place – after other fans defaced the building with tributes written in permanent ink.
The group say they want cemetery officials to realise not all of the late star’s supporters are vandals.