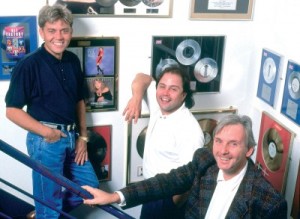 He says that these days you can’t watch modern stars – like Britney Spears or Lady Gaga – with a two-year-old.’  Well I think that Mike Stock is incorrect in identifying pop music as the villain responsible for the rise of overt crude sexuality in today’s entertainment marketplace.  Film, music, literature, art, fashion – all of these have become infused with cheap sexuality so that other content – the basic art forms themselves – have disappeared or are at least suppressed in much of what is produced today.

Mike Stock also says ‘Ninety-nine per cent of the charts is R ‘n’ B and 99 per cent of that is soft pornography.’   Here we can’t disagree with him at all.  He continued: ‘Kids are being forced to grow up too young.  Look at the videos. I wouldn’t necessarily want my young kids to watch them.  I would certainly be embarrassed to sit there with my mum.’

Okay – no argument here with Mr. Stock.  But let’s face it, sex is a great draw for many people and with young folks having control of an increasing proportion of the family’s disposable income it is inevitable that they become polluted by what passes for entertainment in pop music today.