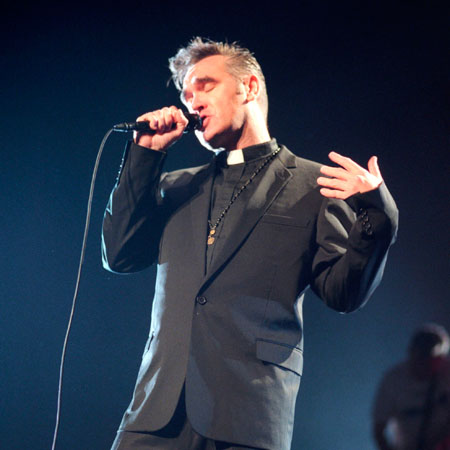 Singer & songwriter Morrissey has refused to retract a statement referring to Chinese people as a “subspecies”.   Morrissey who is a vegetarian and an animal rights campaigner – reignited racist claims against him when he made the inflammatory comments against China, in relation to the country’s treatment of animals in circuses and zoos.

He said: “Did you see the thing on the news about their treatment of animals and animal welfare? Absolutely horrific. You can’t help but feel that the Chinese are a subspecies.”

Morrissey, 51, has since clarified his stance and defended his view in a further statement, saying he feels the Asian country – the largest in the world with an estimated population of 1.3 billion – is not a “caring nation” because of its track record in treating animals.   The statement read:

“If anyone has seen the horrific and unwatchable footage of the Chinese cat and dog trade – animals skinned alive – then they could not possibly argue in favour of China as a caring nation.   “There are no animal protection laws in China and this results in the worst animal abuse and cruelty on the planet. It is indefensible.”

Morrissey also caused a race row in 2007 when he made comments which appeared to be against immigration, saying he couldn’t live in Britain any longer because of an “immigration explosion”.   The singer – who now lives in Los Angeles and Rome – said: “Other countries have held on to their basic identity yet it seems to me that England was thrown away.”   In 2008, Morrissey donated £28,000 to charity Love Music Hate Racism by way of apology. However, a spokesperson for the charity says that it does not now feel his latest comments against the Chinese can be redeemed, unless he retracts his statement.

Martin Smith for the charity said: “It really is just crude racism. When you start using language like ‘subspecies’, you are entering into dark and murky water. I don’t think we would, or could, ask him to come back after that.”