National Recording Artist On The Cover Of Magazine 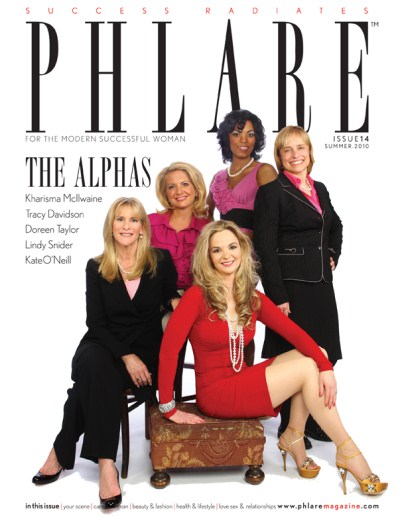 National Recording Artist Doreen Taylor, who recently appeared on the CW Network and the Lifetime Network is gracing the pages of one of Philadelphia’s top publications, Phlare Magazine, that hit the newsstands on Monday.   Phlare Magazine is about modern, successful women and those attributes describe Taylor very well.

Taylor graces the front cover of the next issue of Phlare Magazine along with "ALPHA" women from the Philadelphia area including Kharisma Mcllwaine, Tracy Davidson, Lindy Snider and Kate O’Neill.   Taylor stated, “It was such an honor to be elected as one of Philadelphia’s "Alphas" alongside such inspirational and exemplary women who epitomize the true meaning of success and accomplishment."

Phlare Magazine is Philadelphia’s premiere publication for the modern, successful woman and provides motivation and resources for her total life development. It is a resource hub for women to connect across generations.

Taylor has had an incredible year and the latest word is that she is in talks to appear on a Network Reality show. So from the stage to a Network Morning Show to gracing the pages of a major magazine and now possibly a Network Reality Show. The sky’s the limit for Taylor in 2010 as she is reaching the top very quickly so watch out Philadelphia, watch out New York, watch out World, Doreen Taylor is knocking some doors down one note at a time.  Visit her website HERE to learn more about her!