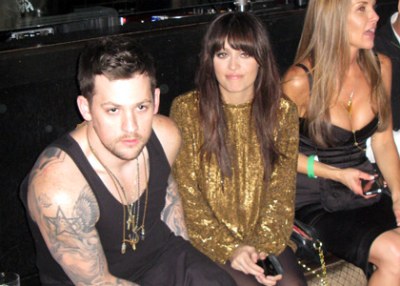 Nicole Richie recently had a legal run-in with a paparazzi who eventually agreed to stop stalking her family in order for her to drop a request for a restraining order. Since Nicole and Joel Madden are getting married this weekend (rumored to be today), we’re hearing that she actually sold the rights to the wedding photos for $100,000.

There was a lot of negotiation surrounding the exclusive deal ahead of her wedding today. According to reports, reps for the couple were “playing the weekly magazines against each other to drive up the price” as late as yesterday.

Sources tell us that the reps for Richie, who said she planned to give the money to charity, had agreed to an OK! bid earlier in the week to make her a “cover chip” — a less important story referenced with a small photo on the front page — but then went to People to negotiate a full cover. A source added, “Things got complicated because both Kim Kardashian and Christina Aguilera said they couldn’t attend the wedding because of other commitments.” A rep for Richie, who’s expected to wear Marchesa to her wedding at father Lionel Richie’s Beverly Hills home, said: “Your information is incorrect”.

Why would she want that bubblebutted famewhore at her wedding anyways? That’s what I can’t figure out.