No Surprise! Courtney Love Has Been Dumped 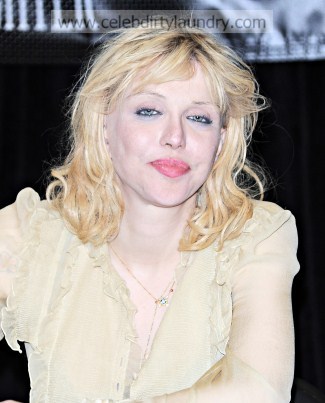 Hole singer Courtney Love – who last week made claims to have slept with Kate Moss in the 90s – was said to have embarrassed millionaire Andre Balazs with her public revelations, leading him to end their brief relationship.

A source told The Sun newspaper: "Andre was very fond of Courtney, but found some of her behaviour embarrassing.   "And after a series of rows last week – including one over why she felt the need to ‘out’ Kate – he told her it was over."   Courtney is believed to have not taken the end of the relationship well, saying to one pal: "I’ve been dumped. I feel so depressed."   Earlier this month, the 45-year-old singer flew into a jealous rage when Andre began speaking with a woman while the pair were on a night out.

A source inside New York nightspot the Boom Boom Room said: "They came to the Boom Boom Room together and initially went their separate ways. At first, Courtney was chatting with a couple of guys about her music.   "But eventually, she and Andre snuck out to the smoking deck together and were hugging and being touchy. They both seemed very genuine.   "When Courtney and Andre decided to call it a night and hail a cab, Andre was stopped by a woman he knew. As soon as he started talking to her, Courtney hit the roof. It was obvious to everyone that the woman was a business associate, but not to Courtney.   "She acted like a toddler! It got so bad that the woman Andre was talking to got really embarrassed and he had to apologise and walk away. By then Courtney was screaming and crying."   Photo: Fame Pictures