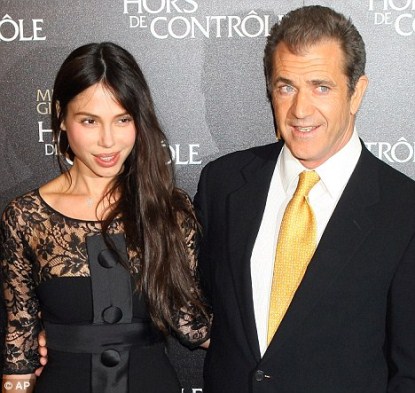 As the Mel Gibson & Oksana Grigorieva story unfolds more and more details come out about the claimed domestic abuse.     Oksana has been very verbal in the press about the events and now she has given an interview to people magazine outlining more details of the abuse.  Mel and his lawyers remain silent about the details but do deny they ever happened.  Meanwhile police are trying to determine whether to charge Mel with domestic abuse and on the other  hand are trying to decide whether to charge Oksana with trying to extort Mel for millions of dollars.

In the  interview she gave to People magazine Oksana speaks about Mel pulling a gun on her and how she thought he would kill her and Lucia.  She also says Mel threatened to kill himself if she left him. (see video HERE)

RELATED: Poor Oksana Feared For Her Life – But Stuck Around Anyway [VIDEO]

“When the domestic violence event happened … we were completely terrified and devastated,” Grigorieva tells PEOPLE. “Mel kept spitting on my face until it was covered in saliva …he kept screaming like a crazy man. It’s a scary sight.”  “He says get the eff out and then he pulls a gun out,” she says. “He could have killed us all.”

Oksana just does not come off as genuine.  She gave an extremely detailed account of the supposed attack and as anybody knows who has been in situations involving  a physical attack their memories tend to have a high emotional content and a somewhat reduced ability to provide play by play blow by blow account of the attack.  It’s clear that Oksana’s interview is scripted.

Mel has as I have said many times is probably not a very nice person and made many wrong moves and made insulting statements towards minorities.  However when he got involved with this women he did not get a prize.  I am so am sick of hearing from her.  It is really very clear this is all about $$$$$$.