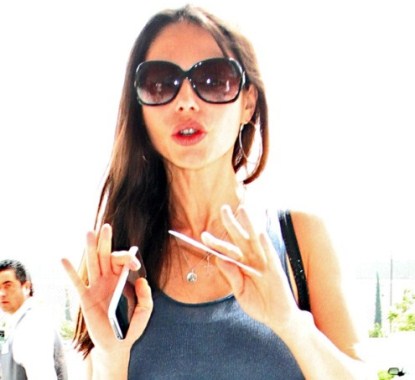 Mel Hell just does not stop – but Oksana Grigorieva’s house of cards may be collapsing.  The day after the Mel & Oksana knock down drag out Oksana took Lucia to a pediatrician to be checked out January 7th, 2010.  The Doctor Dr. Linda Nussbaum says she saw no sign of injury on the child contrary to Oksana’s claims.

The plot thickens!  Did Oksana have the photos doctored?  What will the judge think of this?  Could this extreme action put Oksana’s custody of Lucia in jeopary?    Are we suppose to believe first she did not report Mel’s abuse to the police and second she did not report Mel’s injury to the child to the pediatrician.  Why don’t I believe any of this anymore?