One Steward Had Enough – Deployed Emergency Slide On Airplane 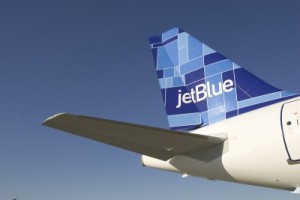 Steven Slater, a JetBlue flight attendant, is all over the new these days since he lost his temper and deployed the emergency slide/ramp that can be used to leave the airplane in emergencies.    The airline fired Slater as well as making certain he faces charges of reckless endangerment and criminal mischief.    All of this after Steve was tussling with an impatient passenger who wouldn’t heed his instructions to stay seated after their plane had landed at John F. Kennedy International Airport on Monday.   It seems the passenger was eager to retrieve baggage in the overhead compartment.   At some point that baggage ended up on Slater’s head.

He was in custody Tuesday as he did not post the $2500 bail set by a judge.   The Steven Slater Legal Defence Fund has been set up and seems likely to attract many supporters.    As of tonight bail was posted and Slater left Riker’s Island safe and sound.    The airline claims that Slater’s actions endangered the lives of the passengers – we find that silly since the plane was already on the runway and parked.  On the other hand JetBlue is perfectly within their rights in dismissing Slater.    If you can’t keep your cool then you don’t need to be a flight attendant – no doubt many passengers are obnoxious but that is exactly when the attendants need to rise above their emotions and take control.