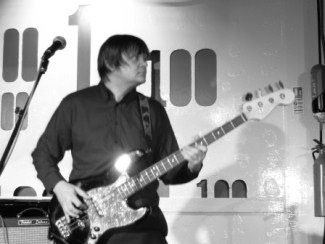 The musician passed away aged 66 yesterday (24.06.10), as yet the exact cause of death is unknown, but he had been undergoing kidney dialysis since 1998 after being diagnosed with renal failure.   Quaife – who formed the seminal rock band with brothers Ray and Dave Davies and Mick Avory in 1964 – played on all of the early Kinks classics, including `You Really Got Me’ and `Waterloo Sunset’.

After leaving briefly to recover from a car accident in 1966, Quaife quit the band for good in 1969 due to constant infighting.   He formed the country rock band Maple Oak later that year, but left in 1970 when the group failed to match the success of The Kinks and he then mainly retired from music.   In the 1980s Quaife moved to Canada and began working as a graphic artist.   After being diagnosed with renal failure he began documenting his dialysis experience in a series of cartoons.

The Kinks are recognised as one of the most important and influential bands of the 60s. Their music was influenced by a wide range of genres, including rhythm and blues, British music hall, folk and country.   Quaife last played with The Kinks at their induction into the Rock and Roll Hall of Fame in 1990.