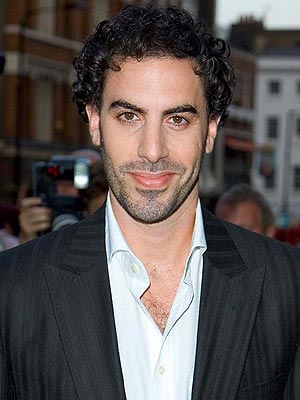 When Mike Skiff  filed charges with the Los Angeles Superior Court in October 2010 against Sacha Baron Cohen –  we doubted that the public prosecutor would spend taxpayer’s resources on the rather spurious charge.  The cameraman has now dropped the charges saying the situation and legalities were difficult for his “emotional well being.”   Skiff claims that he was assaulted and seriously injured when he tried to film the crew of Bruno trying to stir up trouble at a Prop 8 rally.

But last week, Skiff suddenly decided to call off his legal war — filing a request for dismissal with the L.A. County Superior Court. His lawyer tells us the matter “had become too difficult [for Skiff] to deal with.”   The lawyer, Clifford Scherer, adds, “Mike is satisfied with the statements he made, and satisfied that people were made aware of the situation.”

I watched Skiff’s utube film of the event and there is no evidence that the “Bruno” crew assaults Skiff- if anything it appear that Skiff gets in the faces of the “Bruno” crew!   Watch the video yourself HERE and you can see where Sacha enters at around the 5:25 mark.   Thank Goodness he dropped the case before wasting anymore of taxpayers money.