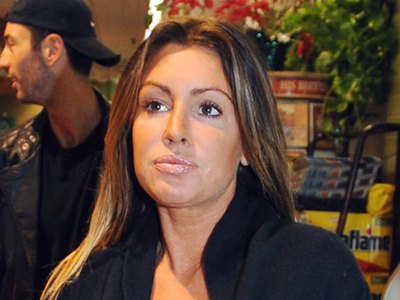 Rachel Uchitel became known as the first Tiger Woods mistress, but what also became associated with her name was her ability to keep her mouth shut to the press about the situation. Even being involved with someone as high profile as Tiger Woods, she has kept mum on the topic of their affair — until now.

All the while, it was rumored that she was paid off by Tiger and has said nothing about their affair. Of the romance, she said she’d “never imagined in my wildest dreams that I would be caught up in a scandal like this.”

She went on to reveal, “People have called me all sorts of names, but they don’t know me. I am not the same as the other girls.” She spoke of another of Tiger’s mistresses, Jaimee Grubbs, saying, “Honestly! She was toothless!”

She said she’s “only telling my story now so that people can discover what sort of girl I am and learn the truth about me – if they still choose to hate me, then so be it – but I never set out to hurt anyone.”

She said that she “plunged headfirst into relationships which I should never have been in.” When asked if she regretted her affair with the golfer, she said, “Yes, of course — I will never, ever do that again.”

She added, “I am not a whore, nor am I a girl impressed by money or fame. I have a brain and I came from money. I never needed any man’s money.”

What she failed to address was whether or not she received ten million from Tiger to keep her trap shut about the whole thing. Did she? What do you think?