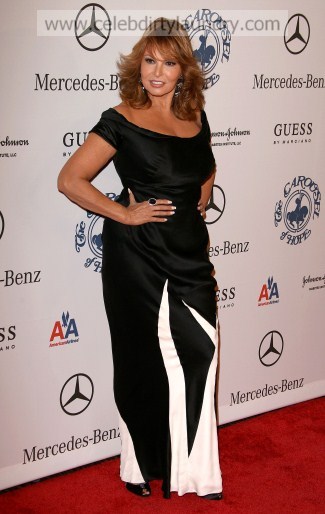 Raquel Welch the ‘One Million Years B.C.’ actress believes the use of oral contraception, which became available in the 60s, has encouraged promiscuity and young people no longer care about the institute of marriage.

Raquel – who was once voted by Playboy magazine as the most desirable female of the 70s – told CNN TV for ‘It’s Sex O’Clock in America’: “The growing proliferation of birth control methods has had an awesome effect on both sexes and led to a sea change in moral values.

“And a significant and enduring effect on women was the idea they could have sex without any consequences – meaning fewer today see marriage as a viable option   “Seriously, folks, if an ageing sex symbol like me starts waving the red flag of caution over how low moral standards have plummeted, you know it’s gotta be pretty bad.”

However, Raquel – who has been married three times – admits the pill has had some benefits for young women.   The 69-year-old star said: “A positive consequence of the pill is that it’s now easier for a woman to choose to delay having children until after she established herself in a career.”  Photo: Fame Pictures