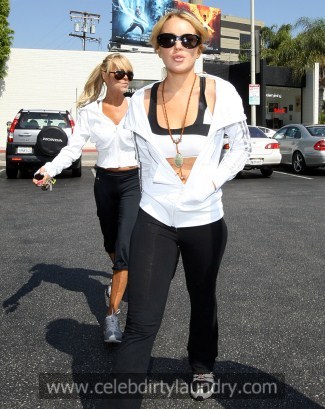 Lindsay Lohan has prescriptions for Zoloft (antidepressant), Trazodone (antidepressant), Adderall (stimulant to control ADHD), Nexium (acid reflux) and the extremely powerful narcotic painkiller Dilaudid.  She takes these meds several times each day thereby living in a drug clouded state of stoned disequilibrium – addicted and hopeless.   Now how did she get this way?   Was it hanging out on the corner buying dope from the old G?   Was she born in the ghetto where drugs were the way of life?   Was she saddled with unimaginable problems and handicaps like being talentless and ugly and poor so that drugs were the only way to escape a miserable cold existence?   The answer to all of the above questions is a resounding NO!   On the contrary Lohan was a child star bathed in fame, wealth, and glory!   Life was meant to be easy for her with access to everything that anybody could want or need.   Compare her to Jodie Foster – Ms. Foster went from childhood commercial success and stardom to attending college, getting her undergraduate degree from Yale magna cum laude and leading a successful life NOT based on drug abuse, partying and promiscuity.   I mention Foster just to make clear that it is not a law that children with talent who make a mark in entertainment at a young age must necessarily fail and wind up hooked on dope, their lives in shambles.   What is the difference – in one word it is CHARACTER – Lohan’s is weak and Foster’s strong.

To assist Lindsay’s lousy attitude and character she plays the doctor game to get all the prescriptions she wants.  There is no shortage of MDs out there willing and able to prescribe drugs to stars even though these prescriptions could never be considered legitimate.   Dilaudid for example is as strong as heroin and just as addictive – its only legit use is to deal with acute pain following surgery or for the terminally ill and yet there is Lindsay sporting an elephant sized prescription for this deadly narcotic!   We can be certain that Lohan’s drug abuse extends beyond the 5 prescriptions recently revealed.   In any case it is clear that the woman is headed for no good unless she turns things around really soon – some serious jail time with forced counselling would be the best thing for her and might be the only way to salvage her rapidly deteriorating life and prevent her becoming another celebrity statistic.