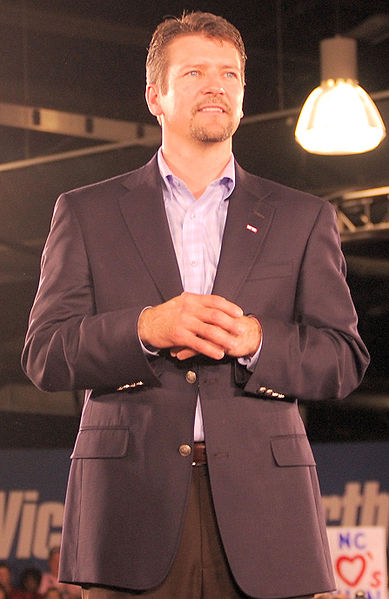 US presidential hopeful Sarah Palin’s husband Todd Palin is said to be in talks to appear on the next season of Dancing With The Stars.  Now of course he has to have a reason why he is a celeb if he is on DWTS.  Bristol became a teen activist and now it seems daddy Palin will be announced as a Championship Snowmobiler.   They are nothing if not creative.

Todd & Sarah’s daughter Bristol Palin landed third place in the last season of Dancing With the Stars, and if he can manage the same feat, then it will just show that how much power the name Palin has.   Also I am sure Sarah will again be appearing on the show – free publicity for her and a rating boost for DWTS.  A win, win for both!

Eonline reports – “They want him big time . “They’d love Sarah, but they don’t think that will ever happen, so why not go for the dad.”

Seriously at this point I think Sarah should be paying DWTS for all the free publicity.  What do you think of Todd on DWTS?  Would you watch another season of Palingate?