Sylvester Stallone Will NOT Make Another “Rambo” Movie

BY Robyn Good on May 4, 2010 | Comments: 2 comments
Related : Sylvester Stallone 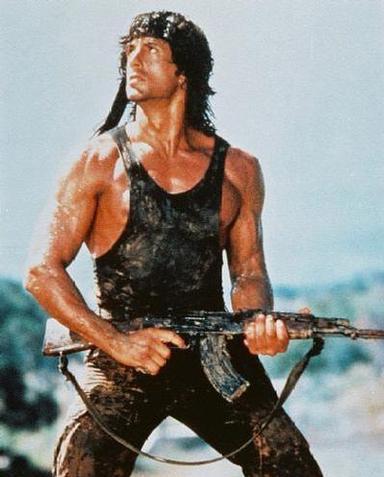 The 63-year-old actor says it’s “not necessary” to reprise his role as soldier John Rambo, despite the success of the fourth instalment in the franchise, 2008’s ‘Rambo’, which made over $113 million at the box office.  Stallone – who is also famous for his lead role in the ‘Rocky’ movie series – said:

“I was going to do it. I said I’d never talk about this, but I feel that with Rocky Balboa, that character came complete circle. He went home. But for Rambo to go on another adventure might be, I think, misinterpreted as a mercenary gesture and not necessary. I don’t want that to happen. “I’m very happy with the last Burmese episode, because I didn’t pull any punches on it. I wanted it to be what civil war really is – rough. You can’t candy coat it, and where do you go from there?”

However, ‘The Expendables’ star is planning to work on an extended edition of 2008’s ‘Rambo’, adding an additional 12 minutes of footage that was axed from the cinematic release of the film.
He explained to Empire magazine: “He does a speech at the beginning of the movie to Julie Benz where he lays out why his life has been a complete disappointment and why war is natural and peace is an accident. And how he just feels that his life has been a waste. It’s very important to hear that and I didn’t think so at the time. I’m going to go back and put in some stuff.”