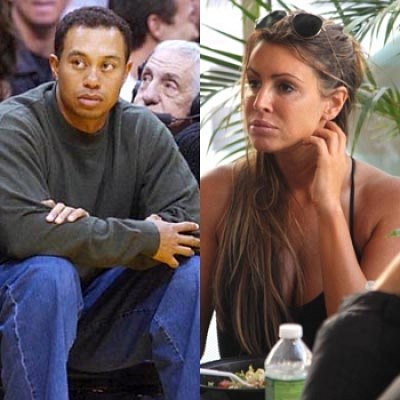 Rachel Uchitel, Tiger Woods’ number one mistress, was set to rake in a nice chunk of change, that is, until he stepped in.

Playboy magazine was set to plunk down a whopping $300,000 for nude photos of Rachel, with a mention of Tiger, but he quickly put a stop to it.

Radar Online has the dirty details:

Uchitel was prepared to cooperate, even receiving a contract worth $300,000, but was forced to withdraw because Tiger objected.

“It put Rachel in significant danger of losing the millions of dollars Tiger paid her,” a source close to the situation told RadarOnline.com.

“The magazine wanted to mention Rachel’s relationship with Tiger, but it would have jeopardized the deal she already made with him.

“They refused to give her complete control of the cover so she could make sure Tiger wasn’t mentioned.”

Those conditions jeopardized Uchitel’s deal with Tiger, and she quickly realized there was no way to pose for Playboy without taking an enormous financial risk.

I don’t see the big deal as to why she felt she needed to do the spread for Playboy anyways, it’s not like she needs the money.