Tiger Woods Says Affairs Not My Fault – Golf Made Me Do It! 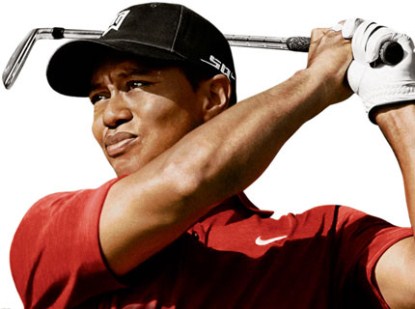 Give me a break – has Tiger Woods ever taken responsibility for anything.     How many affairs did he have?   I stopped counting when it got to 13 good to know they were not really his fault.  It seems the devil golf made him do it.   Tiger had a very public split with his wife Elin Nordegren – their divorce was final August 2010 he also lost three major endorsements over the scandal.  Tiger is now speaking out about he incident and has written and article about the pain he is feeling.

“Golf is a self-centered game, in ways good and bad. So much depends on one’s own abilities. But for me, that self-reliance made me think I could tackle the world by myself,” Woods wrote. “It made me think that if I was successful in golf, then I was invincible. Now I know that, no matter how tough or strong we are, we all need to rely on others.”

Tiger also goes on to say the women he slept with are lying and opportunistic trying to cash in on his problems and vulnerability.  It would be nice to think that Tiger learned from the mistakes he made.  Sadly it seems Tiger is only looking to put the blame on everyone else except himself.  Beside what is relying on you have to do with staying loyal to a beautiful wife and lovely children?  It is not as the PGA demands a vow of celibacy in order to participate.  I mean you have all seen Elin this is an extremely attractive women who certainly appeared to be in love with and totally devoted to her snake of a husband.  If Tiger were not a mega maniac with a frustrated adolescence he should have been more than happy with what he was able to get right there at home.