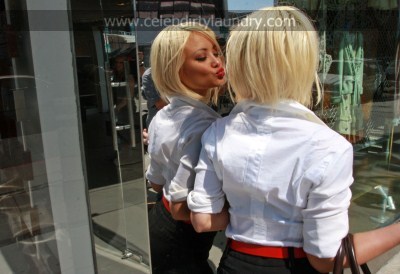 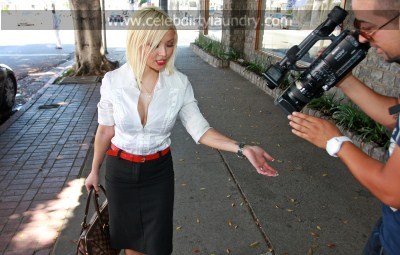 Miss Tila (aka Tila Tequila) goes shopping at Kitson on Robertson and then walks to Starbucks. Tila shows her arm to a camera that appears to have marks or scratches on it.   Tila is taking the word "publicity stunt" to a whole new level.   Apparently Tila tried to commit suicide and is now showing her scars to photos to prove it is true.

How repulsive – another desperate attempt at publicity for the fame hungry media whore.  Tila claims one of her multiple personalities did the cutting.  She had people so worried on twitter that they called 911 for her – but later everyone realized it was a hoax.  Recently, it was said Tequila would be heading over to Dr. Drew’s Sober House.  Can you imagine what a show that will be LOL…. 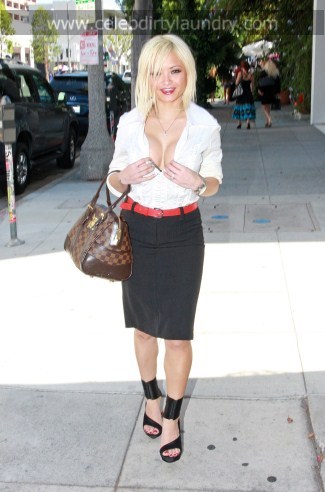 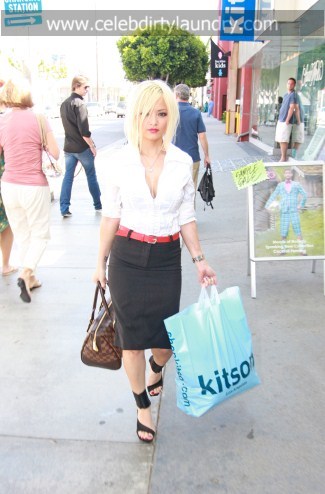