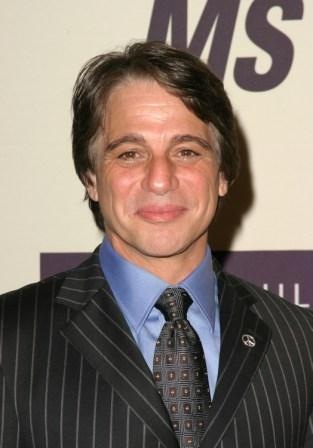 Philip Carlo famous for such novels as Stolen Flower, Ice Man, and the forthcoming memoir The Killer Within passed away November 8th, 2010 at the age of 61.  Carlo lost a long struggle with ALS, also known as Lou Gehrig’s Disease.  Carlo’s wake could have been a chapter right out of one of his books.   His longtime friend Tony Danza took exception to the priest who was performing the eulogy.  Tony felt the priest who was a substitute from a federal prison was rambling and speaking too much about God and not enough about Carlo.  Tony interupted the priest mid-sentence and said:

‘Excuse me, but this is not about you. It’s supposed to be about my friend, and if you can’t do that, maybe you should let someone else speak!’  People were stunned, while the priest was visibly shaken. He tried talking about Carlo before quickly wrapping things up. Danza took over and eulogized Carlo with memories from their younger days.  When someone then heckled Tony, he said, ‘Will you give me a break? Will you stop and let me talk?’ “

Carlo was considered an expert on serial killers, Mafia culture and sexual predators and appeared on numerous television shows and documentary films.  One of his books The Ice Man: Confessions of a Mafia Contract Killer is being made into a movie and will star Mickey Rourke.