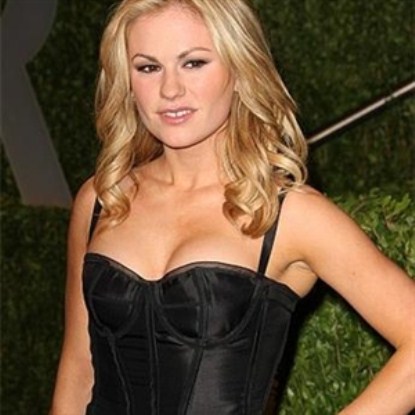 According to USA Today, Kristen Bell will also make a guest appearance in the film.   Previous films in the slasher movie franchise have seen brief appearances by Drew Barrymore and Jada Pinkett Smith.   The film – which is being directed by Wes Craven – is currently shooting in Michigan ahead of an expected April 2011 release.

The fourth movie in the series is considered a reboot of the original first three movies, with new, younger characters facing the terror of Ghostface Killer.    It is expected that ‘Scream 4’ will lead to a second trilogy of films, with both ‘Scream 5’ and ‘Scream 6’ being considered by the studio.   As well as her work on vampire drama series ‘True Blood’, Anna can next be seen ‘The Romantics’ alongside Katie Holmes and Candice Bergen.