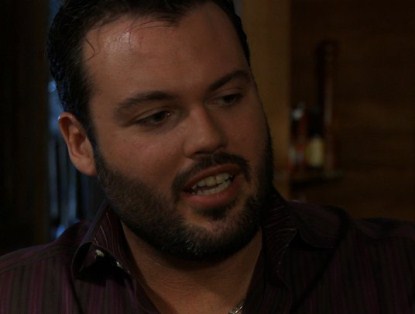 Unless you have been hiding under a rock throughout most of 2009, you’ve heard the tragic news that had VH1’s reality show ‘Megan Wants a Millionaire’ abruptly stripped from television.  Millions of viewers were stunned when they learned that Millionaire contestant, Ryan Jenkins, brutally murdered his wife and after weeks of searching, had found him hanging by a belt in a hotel room.

Since then, everyone has been wondering if the show would ever get released—which sources say it doesn’t seem that way—but are more importantly curious as to what happened to the contestants!   Matt Riviera, one of the most revered reality TV stars, has since continued on with his life as an accomplished Professional Wrestler and actor. Many people questioned why he didn’t decide to appear on ‘I Love Money 4’, in which he simply explained that he was just too busy to participate.

“Unfortunately, it just wasn’t possible for me to do I Love Money 4 because I had a lot going on with movies being cut and taking on new projects.  You definitely have not seen the last of Matt Riviera though. This is only the beginning.” Riviera reveals.

For now, Matt will be venturing into the big bad world of on-screen acting. In fact, Matt has already been credited in movies such as ‘Blood Forest’ (2009) and ‘Step Away From the Stone’ (2010).

“I’ve always held an interest for the acting world, but now I’ve got my mind made up.” Riviera says, “I’m focused and won’t stop until I reach the limit and beyond.”

We’re curious to see just what Riviera has planned, but one thing is for certain, the future sure looks promising for this ambitious successor.