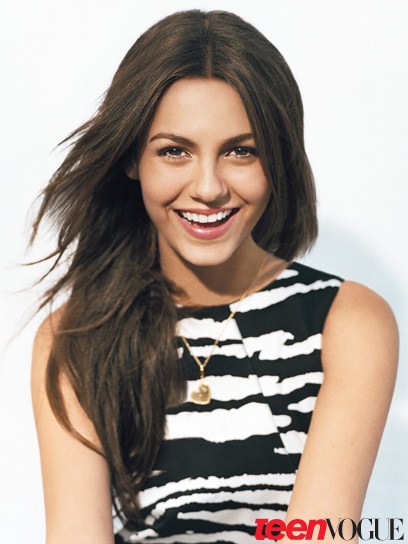 Teen Queen and Zoey 101 actress Victoria Justice looks adorable on the September 2010 cover of Teen Vogue.    The cover was shot by Norman Jean Roy.  Victoria 17, talks to the magazine about her Twilight crushes, the competition and her role model.  Below are some highlights from her interview:

On Celebrity Crushes –  “Rob Pattinson is hot. Who wouldn’t want to make out with him? He’s so understated cute.”

On Wanting to work with Kristen Stewart – “I don’t care what people say—I just love her.”

On Competition – “People always ask me, ‘Is there a rivalry between the Nickelodeon and Disney stars? Do you guys hate each other?’ Like everyone has to be on one team.”

On Female Role Models –  she just gushes over “classy lady” Sandra Bullock: “She’s absolutely beautiful, but she’s so goofy and doesn’t take herself too seriously.” 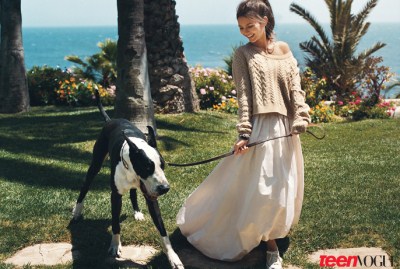 Below is a behind the scenes and a bonus interview with Victoria Justice in the video on the set of her Teen Vogue shoot.