Will We See A Same Sex Couple On Dancing With The Stars?

BY Robyn Good on November 9, 2010 | Comments: Leave Comments
Related : Dancing With the stars 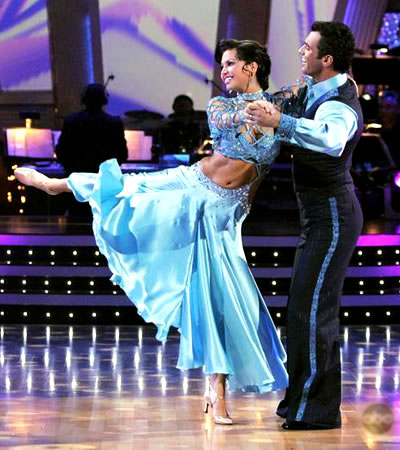 After the Iseaeli version of Dancing With the Stars announced it would have a same sex couple as a contestant the US version of the show is looking to do the same.

“The show is definitely looking for a trick for its next edition that will go up against ‘American Idol,'” a ‘Dancing’ insider tells me. “What better than to have a same-sex couple dancing together? That would certainly get more press than even Jennifer Lopez could drum up.”

I am very disappointed in the show of late.  They seeem to be using publicity stunts to get more viewers.  The show is suppose to be about dancing but this season a lot of good dancers have been voted off and ones that should have gone a long time ago are still there.   I don’t think there is anything wrong with a same sex couple but hopefully DWTS does not make a mockery out of it and use it as another publicity stunt.   I would love to see Ellen and Portia on the show :-)