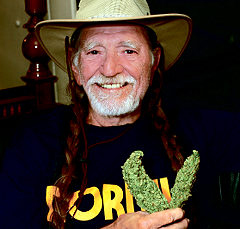 Willie Nelson hired attorney Joe Turner to help him fight his recent misdemeanor marijuana possession charge – this is the same layer who got Nelson off of his last marijuana charge 16 years ago.  Turner says that he will help Willie fight the charge he got recently in Texas and that he is trying to “produce another miracle” for the star.

TMZ spoke with Nelson’s attorney, Joe Turner, who tells us he got Willie off the hook for marijuana possession back in 1994 … after arguing that officials performed an illegal search of the singer’s vehicle. Now, Turner wants Willie’s fans to know the singer is in “good hands” — and they plan to fight the new misdemeanor pot possession charge Nelson was slapped with in Texas.

Wonder if Willie will show up to court stoned?  Turner wouldn’t reveal his strategy for Willie’s defense in this case — but insists he’s trying to “produce another miracle” for the country music legend.