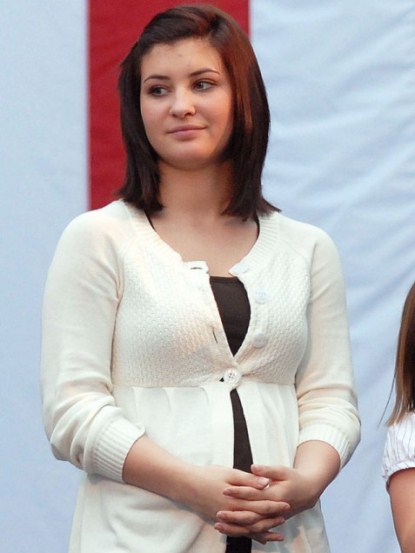 Former classmate of homophobic facebook ranter Willow Palin, 16,  sister of Bristol Palin and daughter of Sarah Palin was seen by former classmate Lance Nezaticky, 18, involved in buying marijuana, $20 worth, in a deserted Target parking lot at 1am on a December night last year.  Lance saw the male driver of the car in which Willow was a passenger pass the money to the dealer then pass the marijuana to Willow!

L & S reports:  “It was definitely her,” Nezaticky says. “There’s no question. I had met her before.” After buying roughly 2 grams of pot, Willow and her companion drove off. “Willow had been told that the pot was really good stuff.”

Lance and other teens witnessed this deal but they are minors so their names are not mentioned – they also saw Willow chugging vodka when she was just 15.

If you want to be famous you have to expect scrutiny.  And the Palins are trying their best to be in the limelight.  Looks like the Palin parents are total flops – one druggie – one underage pregnancy?  What’s next?