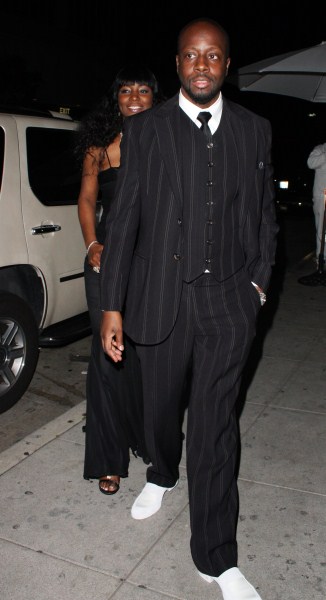 40-year-old Wyclef Jean has pledged to help restore the earthquake-hit nation as its leader because he “loves” the place of his birth.  Speaking about his decision to The Sun newspaper, Wyclef said:

“Perhaps you know me best for my music, including my work with The Fugees and my solo albums.   “But I have also been working for Haiti my whole life, and I am now fully behind helping the country recover from the earthquake, which is why I am standing for presidency.   “The main reason I’m campaigning to run the country I love is for that very reason – I love my country.”

Wyclef insists Haiti is in a “dire state” with 1.2 million people still living in camps following the massive earthquake that hit the country earlier this year.  It also has an 80 per cent unemployment rate with increasing crime and violence against women and children.  The singer will run against his uncle Raymond Joseph – who is Haiti’s current ambassador to the US – former Prime Minister Jacques-Edouard Alexis and ex-diplomat Garaudy Laguerre in the November elections.

Wyclef, who was born in Haiti but raised in New York, wants to set up a string of free primary schools in the country and then tackle employment problems.  He insists the Caribbean country needs clean water systems and sewers and schools to be repaired which unemployed Haitians can be trained and paid to do.  Wyclef has also called on charities to help by providing the country with seeds and fertiliser so people can start farming and become self-sufficient.  He added: “This is a critical time in Haiti’s history. I want to help my countrymen rebuild their lives and the nation, and to have the brighter futures they deserve.”