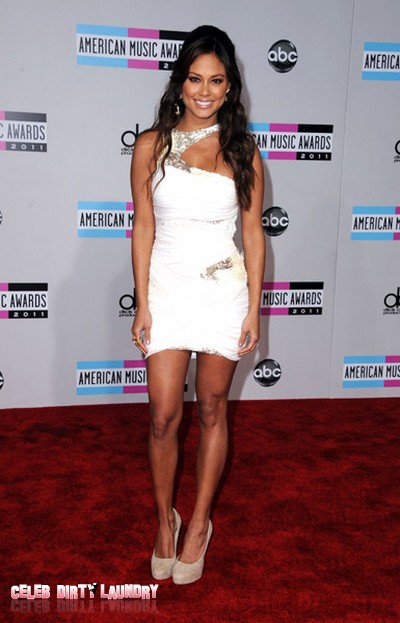 The 39th annual American Music Awards is being held at the Nokia Theatre and broadcast live on ABC tonight November 20th, 2011 and we have the red carpet arrival pictures for you.  Nicki Minaj and David Guetta are scheduled to open the performance-packed show.  The performers at the 2011 AMAs include top names such as Chris Brown, Justin Bieber, Katy Perry, Maroon 5 with Christina Aguilera, Nicki Minaj with David Guetta, Jennifer Lopez, Taylor Swift, Kelly Clarkson and Taylor Swift, among others.

Artists will be honored tonight in the categories of Pop/Rock,Country, Rap/Hip-Hop, Soul/R&B, Alternative, Adult Contemporary, Latin, and Contemporary Inspirational.

Sarah Hyland who is taking a break from her hit show “Modern Family” to be an AMAs Red Carpet Correspondent.  So far we have managed to get our hands on pictures of Sarah Hyland, Vanessa Manillo, Jennifer Hudson, Alanis Morissette,Jennifer Morrison, Heidi Klun, Jenny McCarthey, Katy Perry, Adam Lambert, Justin Bieber, Selena Gomez, Will.I.Am, Matthew Morrison, Gene Simmons and Shannon Tweed, Lady Antebellum, Mary J. Blige & Audrina Patridge on the red carpet.   We will be adding new pictures as we get them, so keep coming back and refreshing for all the pictures.