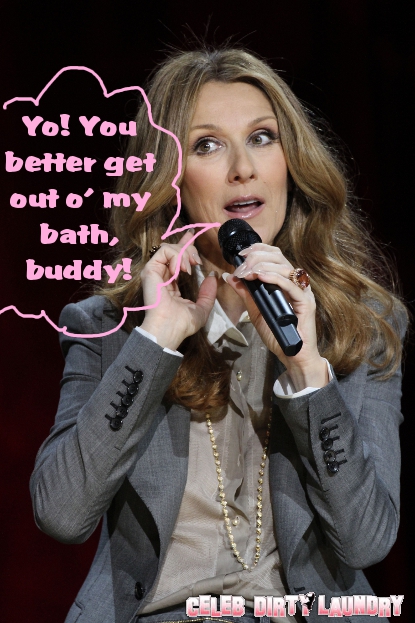 World-renowned singer Celine Dion had an interesting experience recently . . . a man broke into her Montreal mansion, ravaged the fridge for a snack, and proceeded to take a bath. I’m not going to comment any further on the hilarity of this situation — I feel as if the lil’ nugget of funny can stand on its own.

CBS News reported that 36-year-old David Bedard was charged with breaking and entering, auto theft, and causing property damage. The man allegedly broke into Celine’s husband’s car . . . but not really for the car, just so he could obtain a key that would let him into the singer’s house. For goodness sake, what does a guy have to do to get a donut around there?

The burglar tripped the alarm. Police arrived on the scene as he was running himself a bath. Hey, Celine, why can’t you share better? He just wanted a few of your pastries and some bath time. Sheesh.