Adrian Grenier Is Okay Not Being Vincent Chase 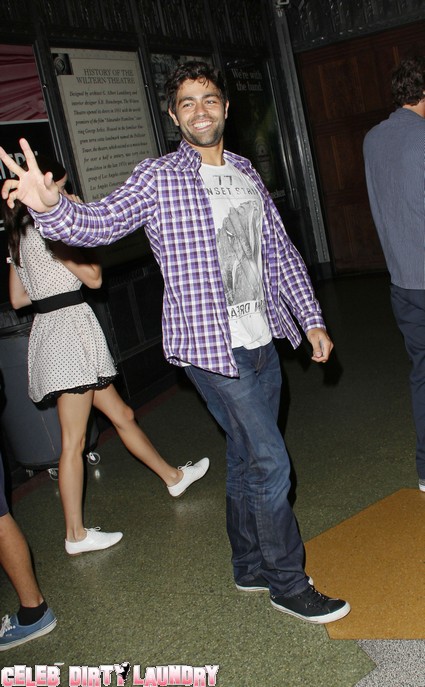 Adrian Grenier is that lovable star of the hit series ‘Entourage’ who plays the character Vincent Chase on the show. Vincent is the big man on ‘Entourage’ – sort of like a Robert Pattinson or a Taylor Lautner – whereas Adrian himself is a true star but on a more ‘managable’ level.

“If I was a more ambitious and insecure actor, I might feel emasculated by my character, given that he is far more successful than I am,” Adrian said, adding “I’m very confident and comfortable with my accomplishments.”

Grenier insisted that he has enjoyed the progression of his alter ego’s acting career.

He explained: “Every time you see the trailer for one of Vince’s movies, that was just such a joy to be able to be a part of epic productions and explosions and running and jumping and flying.”

The actor also admitted he will dearly miss working on ‘Entourage,’ calling his role as Vince “the perfect job.”

“We’ve been so blessed to live in it,” he said. “We basically got paid to have fun, and it was shot like a film. It was shot on location and everything was new and exciting.”

The final episode of Entourage airs on Sunday, September 11.