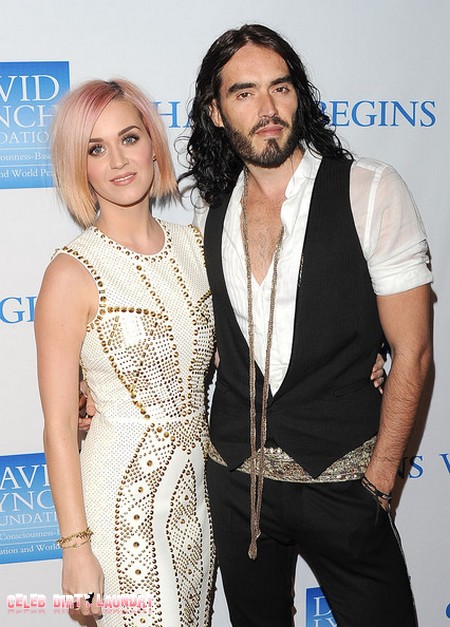 Russell Brand was spotted in London today without his wedding ring. This combined with Katy Perry spending Christmas apart from Russel, and without her wedding ring, makes it appear as though its all over but the crying for the couple.

Russel spent Christmas 7,000 miles apart from wife Katy – who he married in India in October 2010 – after the couple reportedly had a “massive fight.” He was spotted shopping in London earlier today with his diamond band noticeably absent.

According to Mail Online, the 36-year-old star happily chatted to fans and even posed for a photograph with one female admirer during the solo shopping trip, sparking further speculation of marriage trouble between Russell and Katy.

Meanwhile, Katy – who spent December 25 in Hawaii, while her husband was in Cornwall, South West England – has reportedly also been seen without her wedding band as she soaks up the sun on her vacation.

The pair are believed to have originally planned to spend the festive season with Russell’s mother Barbara in London before they became involved in a furious argument, and Katy decided to jet off to Hawaii with friends.

A source recently explained: “They had a massive fight. She was like, ‘F**k you. I’m going to do my own thing,’ and Russell said, ‘Fine, f**k you too! They haven’t split up just yet, but things are not good. The fighting is getting worse.”

Can divorce be far behind for the pair?