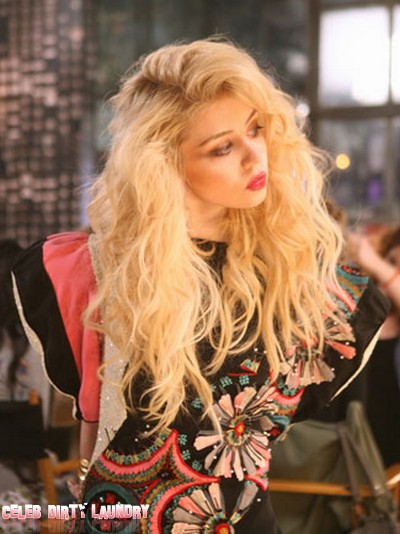 Last week on America’s Next Top Model,  Bre, 28 from Harlam, New York was sent home.   If you missed last week’s epsiode you can read our official recap here! Comedienne Kathy Griffin is serving on the panel tonight as a guest judge and I bet it is going to be a hoot!

Tonight’s episode: Lisa is really shocked that Bre was sent home and she thinks it will be interesting in the house now because Bianca won’t have a bodyguard anymore.  Alexandria is upset because was in the bottom last week.  They told her she looked like a reality star.  They get back to the house and they see Dominique’s picture.  Bianca is worried about being all alone in the house and the tension in the house is crazy.

The girls get Tyra mail that says ‘If it does not make dollars, it does not make sense.’  The girls get to the Roosevelt Hotel and meet Nigel.  They are going to be creating something that brought Elizabeth Taylor $60 million.  The girls are creating their own perfume and Ben Bennet is going to be helping the girls create their own signature fragrance.  The girls choose three ingredients and Ben’s team mixes and creates the scent.

Nigel tells the girls are going to be launching the fragrance to their fans and friends at a public event.  They are going to be posing in the bathtub selling their fragrance from the tub.  Their fans will score them and the contestant that gets the highest score will be safe from elimination.  Bianca is not happy about selling her fragrance from a bathtub and does not want to do it.

When they get to the launch party their is a red carpet and the fans wants their autographs.  The girls get interviewed about their fragrance by Eva Marcille.   The girls then get in the bathtub and starts selling their fragrance.

Kayla’s brand is about being free but she is a little timid and afraid.  Lisa is having a great time but Bianca thinks she is making a spectacle of her life.  Bianca is being asked why she is not in the tub and she says because the water is not her thing.  She has never seen Beyonce in the tub.  She wants to stick to her brand.  Shannon is caught up at being what she thinks she should be.   Nigel gets into the fun and lies into the bathtub.

The girls get Tyra mail: “The reality is sometimes you go on for the ride.”  Tonight’s shoot is a night shoot and Jay tells them they had to do something a little fun.  In comes some motorcycles, this is an idea will help the girls come out of their comfort zone.  They will be riding on the motorcycle all through the town and embodied one of two reality stars either Snooki or NeNe Leakes.  The photographer is Mark Rosenthal.

Laura  is portraying NeNe Leakes and Mr. Jay loves her attitude.  They love her picture, she has sass!  Nigel feels the picture is amateurish.

Kayla  is portraying Snooki and Mr. Jay felt she got distracted a lot.  The photographer felt she wasted a lot of time.  The judges do not see Snooki in her pictures.  They feel she needed more eye contact.  Nigel says he forget her she is not selling herself anymore.

Lisa portrays NeNe Leakes Mr. Jay thought Lisa’s performance blew him away.  The judges think the picture really works for her.  Kathy likes Lisa.  Nigel thinks it is the best picture of the week.

Allison portrays Snooki and Mr. Jay loved it.  They feel all the energy and love the picture.  Kathy Griffin tells her she looks like Snooki on her best day!  Nigel thinks Allison has the potential to be a star.

Dominique portrays Snooki she took a lot of risks sometimes it worked and sometimes it did not.  Leon still likes Dominique.

Shannon portrays Snooki and she did not bring the energy.  Tyra tells her she needs to bring her fire back.  The judges don’t see any sizzle in her pictures.  Tyra likes her bone structure and thinks she takes strong pictures.

Bianca portrays Snooki and she brought a pickle on the set and Mr. Jay did not like it he felt it was too phallic.  They don’t feel Snooki in the picture.  Nigel confronts her because she did not go in the bathtub.  She tells them she has never seen Beyonce in a bathtub.  Tyra tells her that she is not Beyonce and if someone told her to go in a bathtub she would do it and she would have won.  Bianca thinks she has a wow factor.  Kathy feels if she cannot take direction what good is she.

Alexandria portrays NeNe Leakes and Mr. Jay thought it was to amateurish.   They think she brings attitude but Nigel thinks she takes it a bit too far.  Nigel thinks Alexandria takes things to far.

The girls went back to the house and got Tyra mail they are going to elimination.

Tyra breaks the news to the girls, they are eliminated 2 girls tonight!

Best picture of the week – LISA

Runner up for best picture – ANGELEA