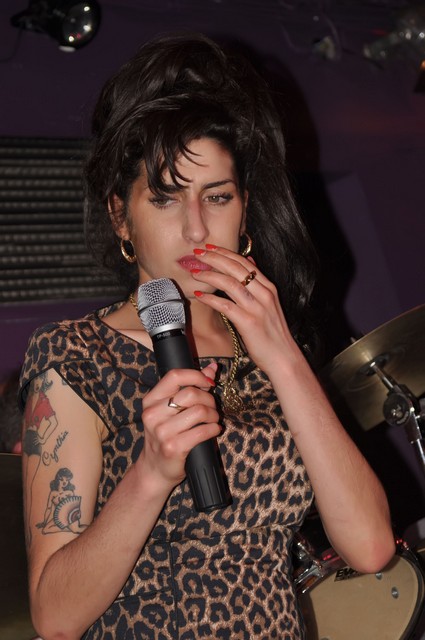 Amy Winehouse has been working hard to alienate/piss off her fans.  She recently appeared so stoned and drunk that she could not perform in a concert in Belgrade and she was booed off the stage.  Who wants to pay good money to see her wasted?  TMZ is reporting today that Amy has cancelled her entire European tour.

Why, you ask?  Maybe it was the Serbian fiasco over the weekend, when Amy took the stage and greeted the Belgrade audience by saying, “Hello Athens!”  Maybe it was the fact that she was so out of it her backup singers had to step in and sing her songs.

So I am guessing that Amy is denying the reason she got booed off the stage was because she was too stoned and drunk to perform.  I am sure it was just the people who were at the concert who were not nice. boo hoo    Note to Amy:  unless you sober up you are going to keep getting booed people don’t want to waste good money on someone who cannot perform.  Back to rehab for you!