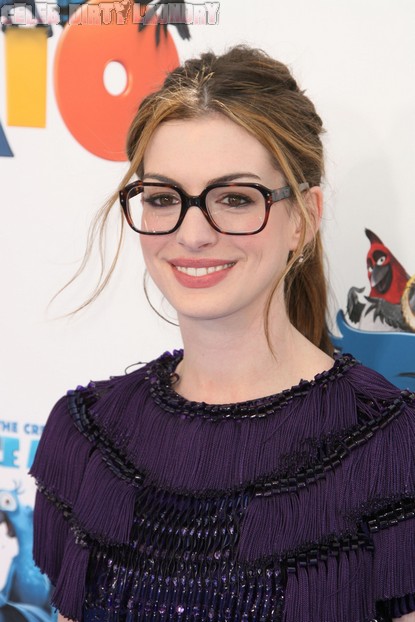 Anne Hathaway accidentally injured a stuntman on the set of the Batman sequel, The Dark Knight Rises. According to sources, the actress clubbed the poor guy with a prop gun.

She plays Catwoman in the upcoming flick and was said to be shooting an action sequence when she inadvertently jammed the gun into the guy’s face.

A source said, “Anne got a bit carried away during a fight scene and mistakenly shoved the butt of the gun right into the actor’s eye socket. He came away with a massive black eye. Anne was mortified. It was all in good humor, but the poor guy took quite a pummelling.”

Anne was left red-faced by the incident and she immediately apologized. Later, she gave the stuntman a gag gift – a pen with ‘Remember, no one packs a punch like Anne’ engraved on it.

Black eyes heal, so we can imagine there won’t be any type of lawsuit from this. Besides that, who really wants to go to the police saying that a girl punched them in the eye?

I’m sure she felt awful about the whole thing, too. Could you imagine?