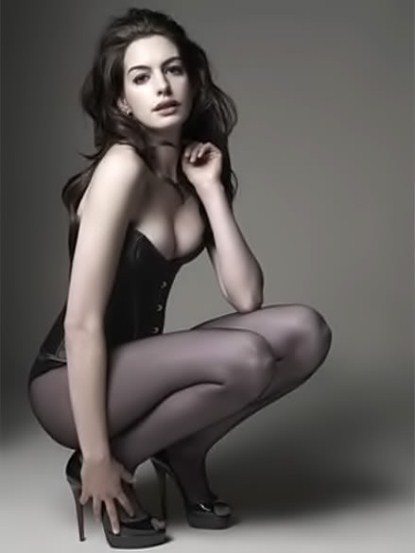 Warner Brother announced the cast of the new Batman  movie today.   Christopher Nolan’s latest film in the superhero saga is called “The Dark Knight Rises.”  Anne Hathaway, 28,  has gotten the prize role of Selina Kyle, Catwoman made famous by Julie Newmar.  She will star alongside Christian Bale, who’s returning as Bruce Wayne and Batman.  Tom Hardy will be playing one of Batman’s enemies.

“She definitely has the [acting] chops.  She can ‘go there’ with this role. Obviously, Chris [Nolan] sees something in her that’s fantastic that we haven’t seen or have seen … plus Hathaway has longevity, a steady career arc and growth in appearing in big films.”

The movie will hit theatres in July 2012.