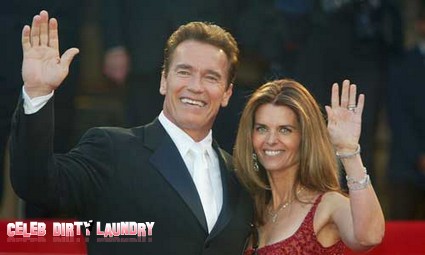 Arnold Schwarzenegger and Maria Shriver spent Christmas together – feeding the rumor mill that says the power couple might be getting back together and cancelling their divorce.

Arnold and Maria separated after 25 years together in May but put on a united front over the festive period for their four children, Katherine, 22, Christina, 20, Patrick, 18 and Christopher, 14.

A source told People.com: “They had a really nice time over the holiday.”

Arnold – who Maria filed for divorce from after it emerged he had fathered a child with a housekeeper – visited their former marital home in Brentwood, California, and they also attended basketball team Los Angeles Lakers’ opening game of the season at the city’s Staples Center.

Arnold and Maria have spent a number of occasions together since separating, including his 64th birthday just two months after they parted in May.

However, the situation has not been easy for Maria and she has previously admitted she was left “down and confused” about the breakdown of her marriage.

Although Maria filed for divorce on July 1 and is renovating a home she purchased in Brentwood, CA, Arnold has been working his way back into her good graces by showering her with kindness and gifts.

Another issue Maria has to face, if she actually gets divorced, is that it is forbidden to her as an ardent Roman Catholic. Given that Maria is a practicing Catholic, it is understandable that divorce is anathema to her.

All of this indicates that Maria and Arnold could wind up back together on a permanent basis.