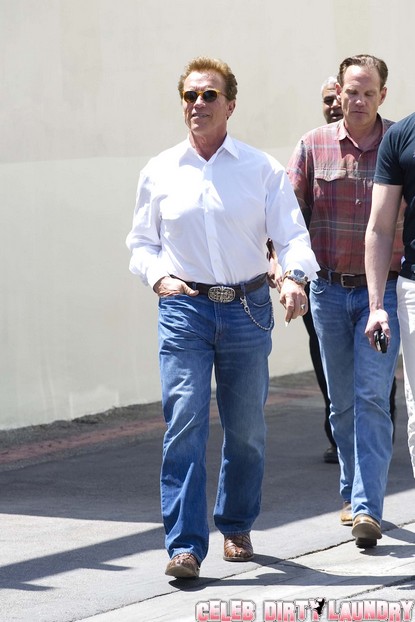 Now that the lid is off the jar of Arnold Schwarzenegger’s infidelity while married to Maria Shriver we see that the former Mr. Olympia could really hurt a girl – even when he was loving her.

Friends of a former child star who claimed to have had an affair with Arnold Schwarzenegger have claimed that the Terminator left his lover needing hospital treatment after spending the night with her.

Since Maria apparently leaked the story of Arnold’s love child with the housekeeper, rumors of further indiscretions came to light – one is that former child star Gigi Goyette claims to have had an affair with Schwarzenegger in the early 1990’s.

Friends of Goyette revealed that the former Little House on the Prairie star had to visit the emergency department of a hospital after a lovemaking session with Schwarzenegger.

“She said Arnold was unbelievably frisky and that she had to go to hospital he was so rough.”  She was embarrassed turning up with an injury like that,” the friend said.

We doubt that this will be the last story to come out involving Schwarzenegger’s infidelity – can anyone see a similarity to the Tiger Woods debacle here?