Ashley Hebert Destined For Fairy Tale Love On ‘The Bachelorette’ 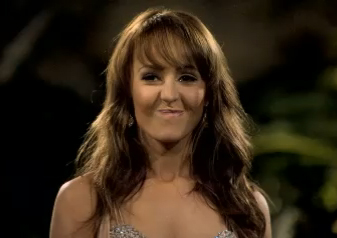 Ashley Hebert has been through the ringer on ‘The Bacelorette’ as she follows the yellow brick road to lifelong romance. That road has had its fair share of potholes, bumps, and obstacles for Ashley.

“There were certainly moments where I thought I’d made a mistake agreeing to be the Bachelorette and thought it wasn’t going to end well,” Hebert, 26, said.  “But you come out a stronger person and learn so many things about yourself. Ultimately, I know I did the right thing.”

And now she admits all the heartache was worth it. “I’m so happy, so in love. I found a great man,” she says of her new relationship. “It’s going strong – we’ve been hanging out and talking all the time. I hoped I would leave with this type of relationship.”

Hebert is anxious to go public with the identity of the last man standing. “I’m really ready for this to be over so we can go into the light of day and get on with normal everyday life,” she says.

Of course, she had to first face the men she sent away at the reunion special. “At first, it was overwhelming to walk out and see the guys again, but the Men Tell All is good closure,” she says. “They leave so quickly once you say goodbye on the show. This gave me a chance to talk to them and explain my choices. I don’t think anyone hates me. Many of them sound happy for me.”

One person she didn’t have to face was heartbreaker Bentley, who declined the producers’ invitation to attend. “Part of me was happy because I am over him and don’t want to waste anymore time or energy on Bentley,” Hebert says. “An apology would have been nice to hear although something tells me I wouldn’t have gotten one.”

Who did Ashley pick???