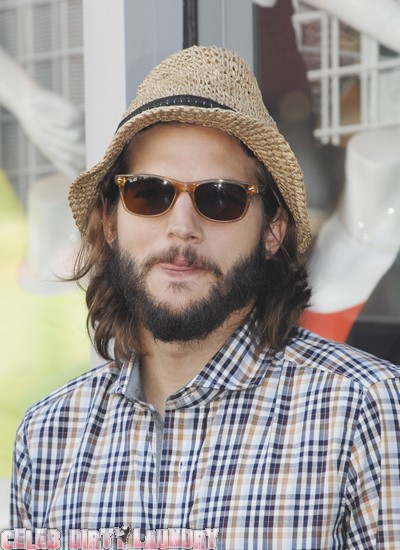 It’s not a secret that Ashton Kutcher and Demi Moore have been having problems in their marriage, but a recent blind item might be pointing the finger at Ashton for fathering January Jones’ baby! Scandalous!

“This married actor had a one-night stand with one of his exes, who is an actress in an acclaimed television show. She wound up pregnant. The actor’s wife found out about the baby, and, to no one’s surprise, went completely ballistic.

Both the actor and his wife tried every tactic (money, lawyers, threats to ruin her career) to convince the ex to terminate the pregnancy. Despite enormous pressure from all sides, the ex decided to keep the baby. The actor’s marriage is now on the rocks. We’re not sure how long everyone can remain tight-lipped about this one. It will be difficult to keep such a bombshell out of divorce proceedings, which will likely occur before the New Year.”

Let’s see. January Jones is Ashton’s ex and she’s in an acclaimed television show – Mad Men. Does it all come together for you? January has been pretty secretive about who the father of her baby is. Could it be Ashton? What do you think?