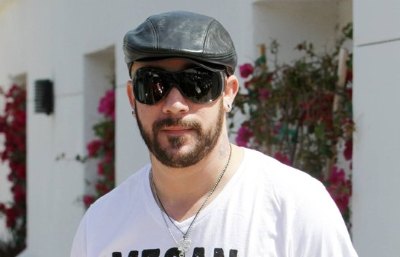 According to reports, the singer has been “out of control” during the past few months. It’s all said to be due to his issues with substance abuse. Reportedly, it caused drama for the upcoming joint tour between the boy band and the New Kids On The Block.

Sources say on a Backstreet Boys cruise last month … A.J. appeared under the influence much of the time.

McLean has battled addiction for years. He was in rehab in both 2001 and 2002 for alcohol and cocaine abuse.

On January 9th, he took to his Twitter account to say, “Thank u all for my bday wishes and tweets:)! Its gonna be a great year! I love u all and wish me luck! I start my sober journey tomm! Ttfn!”

The following day, he tweeted, “Hey all wish me luck! This is gonna be an amazing year for me and all around me! I love u all and appreciate all the love and support.”

Good luck to him!