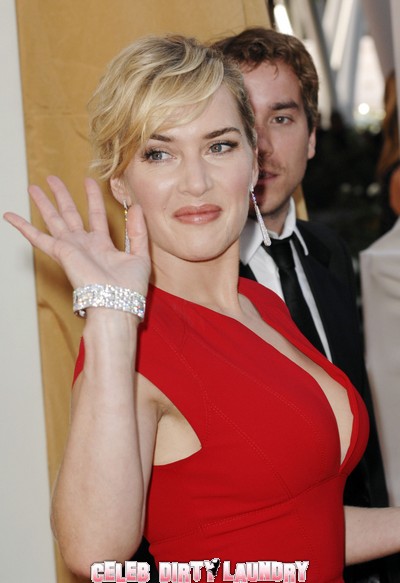 Kate Winslet wasn’t thinking safety first when she stopped to put on a bra before fleeing a house fire on Sir Richard Branson‘s island.  Kate was holidaying in the Great House on Necker Island, the British businessman’s private Caribbean island, with her two children Mia, 10, and seven-year-old Joe in August when the blaze ripped through the property.

Richard praised Kate for carrying his 90-year-old mother Eve to safety from the burning house, but the 36-year-old star admits her mind was all over the place when realized what was happening.

During an appearance on ‘The Graham Norton Show’, she said: “It was genuinely very scary. We woke up at 4.30 in the morning to yelling that there was a fire. I jumped up and ran immediately towards the fire but then realized we might die so turned around, told my children to go in and shut the door and then thought, ‘Now what do I do?'”

“I ran into the bedroom and put on a bra. In disastrous moments like that, you do the strangest things. I started to put on a bra and thought, ‘No, that’s going to take me too long,’ so off came the bra, on came the T-shirt, I grabbed the children and I picked up granny!”

Modest Kate also played down her bravery on the night, insisting, despite Richard’s high praise, she didn’t really save Eve’s life.

She added: “No, I didn’t save her life. I carried her down the stairs is the truth of it.”

“We were all at the top of some very slippery stone steps and in the middle of a hurricane – it was so dramatic, there was lashing rain and it really did feel like being in a movie. In truth, I carried Eve Branson down the stairs. She is an extraordinary stoic, powerful lady and she could have totally made it out on her own.”